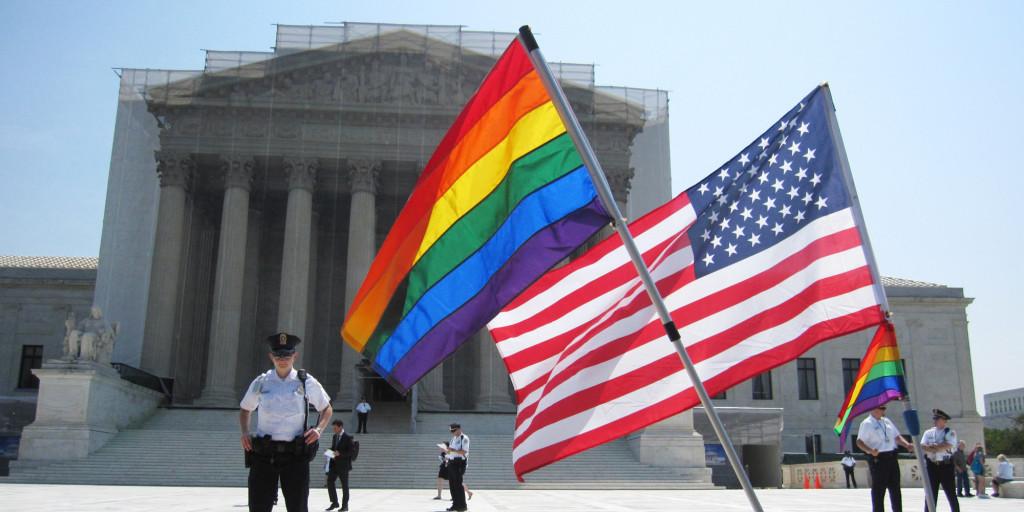 Gay marriage? How about just marriage

On February 14, a federal judge struck down as unconstitutional Virginia’s ban on same-sex unions. Despite staying her decision pending appeal, the ruling, issued by U.S. District Judge Arenda L. Wright Allen, opens the way for gay marriage – or as I like to call it, marriage – in the Commonwealth of Virginia.

Throughout history, Virginia has had a reputation for intolerance. In 1924, the General Assembly passed the Racial Integrity Act of 1924. The law, which criminalized all marriages between white and black Virginians, was overturned by the United States Supreme Court in a landmark 1967 ruling in Loving v. Virginia.

But public opinion is irrelevant. For the majority of Virginians supporting marriage equality, their beliefs are unimportant, as are the hard-held convictions of those who wish to deny gay and lesbian couples the right to marry.

As Rachel Maddow of MSNBC brilliantly pointed out: “Here’s the thing about rights. They’re not actually supposed to be voted on. That’s why they’re called rights.”

The opinions of the sizable majority of Virginians who banned interracial marriage in 1927 were unimportant, as the freedom to marry is a fundamental right protected by the Constitution’s due-process clause. In Skinner v. Oklahoma, the Supreme Court found marriage to be “a basic civil right of man,” and in Meyer v. Nebraska, the court argued that “marriage is a liberty protected by the Fourteenth Amendment.”

Why, then, do some believe that they have a right to take away another’s constitutionally protected rights? Quite frankly, they do not. Marriage is– and long has been– legally recognized as a civil partnership in the United States. While many view marriage as a religious union– and are free to do so– neither the state nor federal government recognizes marriage as such. When my aunt and her fiancé, who had just moved to the United States, sought a marriage license, they didn’t find it in a church, mosque, or synagogue. Instead, they unceremoniously walked into a county clerk’s office and signed their marriage papers. From that point onward, they were entitled to marriage benefits, such as the ability to jointly file taxes or hospital visitation rights, that gay and lesbian couples are denied in the Commonwealth of Virginia.

There is no legal justification for denying same-sex couples the freedom to marry. Some point to religious beliefs, arguing that the Bible teaches marriage as a union between man and woman. The Bible also, however, bans mixed-fabric clothing (Leviticus 19:19) and the shaving of beards (Leviticus 19:27), but the Commonwealth of Virginia has not instituted a ban on razors or hoodies. Leviticus 19:28 tells its readers, “Ye shall not…print any marks upon you,” but tattoo parlors still flourish in the state. Eating shellfish? Prohibited (Leviticus 11:10). Working on Sundays? A sin (Leviticus 23:3). And in spite of overlooking these rules, many nevertheless believe they have earned the right to argue that Leviticus 18:22, which states that “Thou shalt not lie with making, as with womankind, it is an abomination,” provides justification for a ban on marriage equality.

Neither I nor anyone else has the right to judge someone’s deeply-held religious beliefs or dislike them based on these convictions. Doing so would make me as intolerant as those who discriminate against and degrade members of the LGBT community. However, religion cannot– and never has– provided justification for the constitutionality of a law that denies rights to a minority in this country. During the civil rights movement, many pointed to the Bible as a reason for bans on interracial marriage. Almost fifty years later, however, the idea of discriminating against black and white couples on the basis of religious beliefs seems preposterous.

Other arguments, such as the responsibility of the state to encourage procreation, are discredited by the simple fact that those who cannot reproduce are not denied the right to marry. Sterile couples or those beyond childbearing age still receive the same rights and benefits as those who have the ability to biologically produce children.

Finally, the state’s argument in Virginia’s gay marriage case that tradition has always maintained marriage to be a union between members of the opposite gender fails most judicial tests.

As Wright Allen argued in her ruling, “Tradition alone cannot justify denying same-sex couples the right to marry any more than it could justify Virginia’s ban on interracial marriage.”

But today, same-sex couples wait. They wait for the day when Virginia will view their marriage with the same legitimacy that it views marriages between opposite-sex couples. As federal judges strike down laws in numerous other states, such as Kentucky, Utah, and Oklahoma, based on the Supreme Court’s decisions on gay marriage last summer, our nation continues to progress. Public opinion continues to sway in favor of equality, as 51% of Catholics, 56% of all Americans, and 70% of those under 29-years-old support legal same-sex marriage, according to a Gallup poll.

As cases such as the one in Virginia progress through the legal system, it is clear that gay marriage in the United States will be inevitable. Massive shifts in public opinion, coupled with monumental precedents set by the Supreme Court, make the legalization of same-sex marriage a question of when, not if.

I guess Virginia really may just be for lovers after all.

If you want a picture to show with your comment, go get a gravatar.