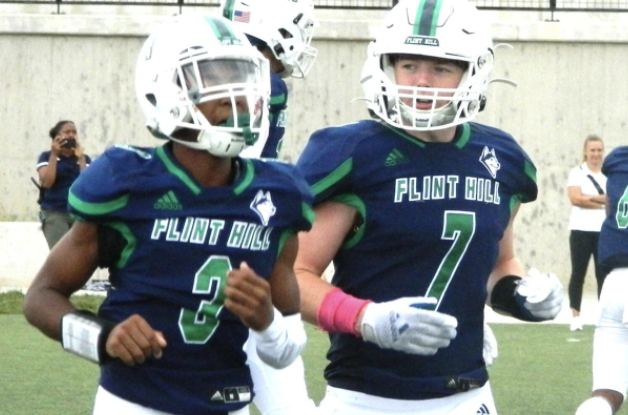 Although a solid Flint Hill football team won the state championships in the 2017-18 and 2018-19 seasons, both while remaining undefeated, this season has been anything but the same due to a variety of circumstances. This season Flint Hill has found themselves in an unusual position, as they went 0-9 on the season under new head coach Kirk Peterson, who has been the fourth head coach over the last four seasons.

While the Huskies’ record may not reflect a successful season, both the coaches and players share optimism for the future. One major reason is that Flint Hill was able to successfully find Coach Peterson to be their coach for the foreseeable future. This will allow for the players both new and old to adjust to one system, rather than having to change their offensive play style every season as they had done previously. In addition, while the football team’s earlier games were a struggle, each week they got closer and closer to winning games, with their closest being only a 3 point deficit in a 17-14 game versus The St. James school.

Sophomore Andrew King was responsible for both of the touchdowns, while junior Dylan Logue earned both points after the touchdowns. When asked about the game, Coach Peterson stated that, “Collectively, that is the best game we have played so far by far. Step by step, we are getting closer. We are trending the right way. We still need to eliminate turnovers. We can’t overcome those, and we need to sustain drives. Our defense is playing better.”

It is clear that Flint Hill has improved greatly from their first game this season until the last, and will continue doing so next season and beyond. As for next season, it is important for all Flint Hill members, both students and players to continue to support our incredible football program.